The company was founded in California by Steve Jobs, Ronald Wayne and Steve Wozniak, who built their first personal computer based on the "MOS Technology 6502" processor in the mid-1970s.

The company was founded in California by Steve Jobs, Ronald Wayne and Steve Wozniak, who built their first personal computer based on the "MOS Technology 6502" processor in the mid-1970s.

For more than three decades, Apple Computer was predominantly a manufacturer of personal computers, including the Apple II, Macintosh, and Power Mac lines, but it experienced skyrocketing sales and low market share in the 1990s.

Steve Jobs and Steve Wozniak first met in mid-1971 when their mutual friend Bill Fernandez introduced the then 21-year-old Wozniak to the 16-year-old Jobs. Their first business partnership began later that year when Wozniak, a self-taught electronics engineer, began building his original "blue boxes" that allowed free long distance phone calls. Jobs managed to sell about two hundred blue boxes for $150 each and split the profits with Wozniak. Jobs later told his biographer that if it weren't for Wozniak's blue boxes, "there wouldn't be Apple." 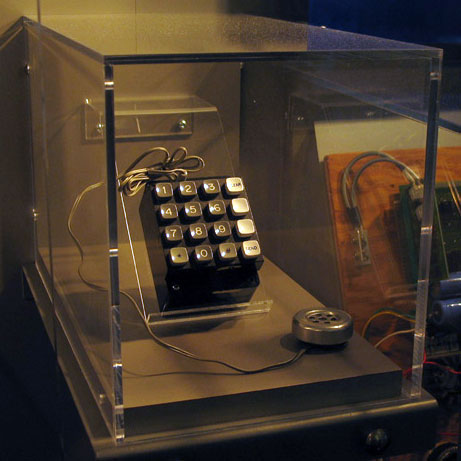 In the photo is the same blue box of Wozniak

Jobs and Wozniak, also collectively referred to as "the two Steves," had left Reed College and UC Berkeley by 1975. Wozniak developed a video terminal that he could use to log in to Call Computer mini-computers. Alex Kamradt commissioned the designs and sold a small number of them through his firm.

In 1975, both Steves began attending Home Computer Club meetings. New microcomputers such as the Altair 8800 and the IMSAI inspired Wozniak to build a microprocessor into his video terminal and create a complete computer. At the time, the only microcomputers available to the public were the $179 Intel 8080 (equivalent to $850 in 2019) and the Motorola 6800 for $170 (equivalent to $808 in 2019). Wozniak preferred the 6800, but both were out of his price range. So he watched, studied, and built computers on paper, waiting for the day when he could afford to buy a processor.

When MOS Technology released its $20 6502 chip in 1976 (equivalent to $90 in 2019), Wozniak wrote a version of BASIC for it and then began designing a computer to run it. The 6502 was designed by the same people who designed the 6800, as many in Silicon Valley left employers to create their own companies. The earlier Wozniak 6800 "paper computer" needed only minor modifications to run on the new chip. 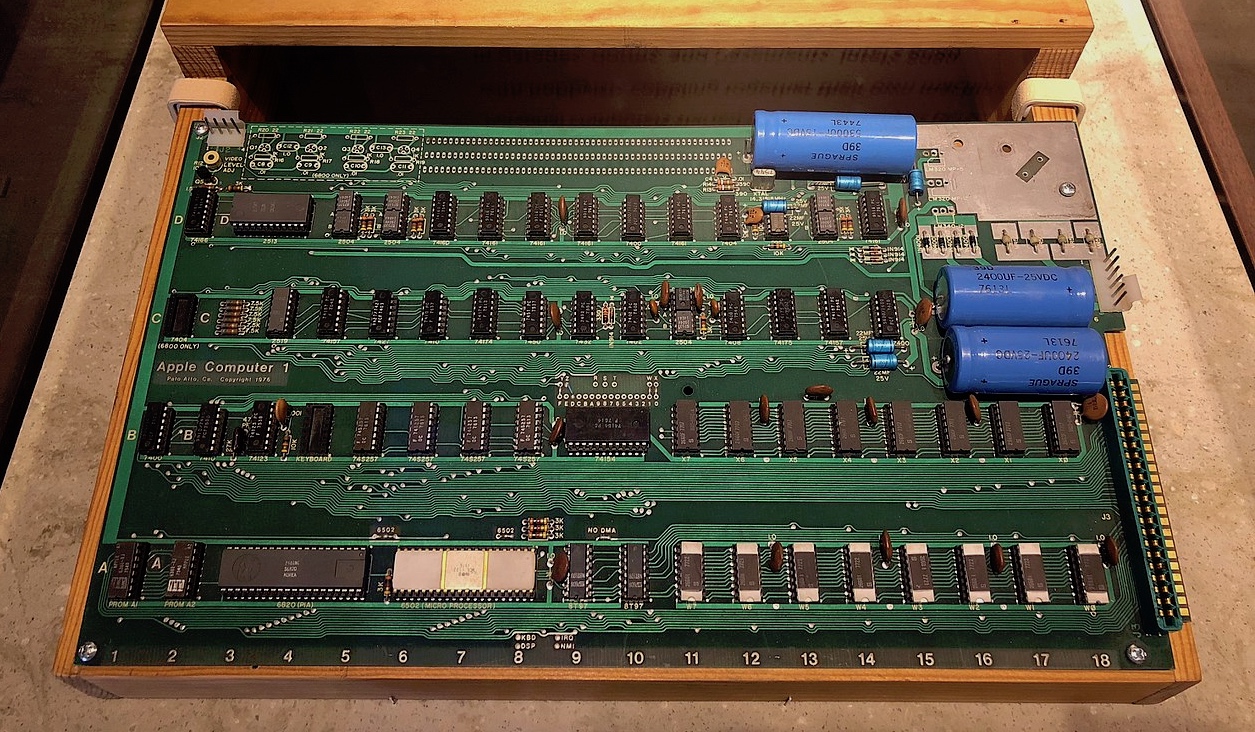 By March 1, 1976, Wozniak completed the computer and showed it off at a Homebrew Computer Club meeting. When Jobs saw Wozniak's computer, which would later become known as the Apple I, he was immediately intrigued by its commercial potential. Wozniak originally intended to share the machine's schematics for free, but Jobs insisted that they make and sell bare computer circuit boards instead. Wozniak also initially proposed the design to Hewlett-Packard (HP), where he worked at the time, but the company turned him down. Jobs eventually convinced Wozniak to start a business together and start a new company of his own. To raise the money needed to produce the first batch of circuit boards, Jobs sold his Volkswagen Type 2 van for a few hundred dollars, and Wozniak sold his HP-65 programmable calculator for $500.

The company was registered as a California business partnership. Wayne, who worked at Atari as chief draftsman, agreed to co-found the company in exchange for a 10% stake. However, Wayne was somewhat afraid of the business due to the failure of his own venture four years earlier. On April 12, less than two weeks after the company was formed, Wayne left Apple, selling his 10% stake back to the two Steves for just $800 and leaving them as active core co-founders.

According to Wozniak, Jobs suggested the name "Apple Computer" when he had just returned from Robert Friedland's farm in Oregon. Jobs told Walter Isaacson that he was "on one of my fruit diets" when he came up with the name and thought "it sounds fun, energetic and not intimidating ... plus, it will put us ahead of Atari in the phone book."

Shortly after the company's formation, the two Steves visited the Homebrew Club for the last time and demonstrated the finished Apple I. Paul Terrell, who ran the computer store chain Byte Shop, attended the event and was impressed. He handed the two Steves his card and told them to "keep in touch".

The Apple I went on sale in July 1976 as an assembled circuit board for a retail price of $666.66. Wozniak later said that he had no idea about the relationship between the number and the sign of the beast, and that he came up with the price because he liked "repetitive numbers". As a result, about 200 Apple I units were sold.

The Apple I computer had several notable features. One of them was the use of the TV as a display system, while many cars did not have a display at all. However, this was not like the displays of later machines; text was displayed at 60 characters per second. However, it was still faster than the teleprinters used on modern machines of the era. Apple I also included the bootstrap code in ROM, making it easier to get started. Finally, at the urging of Paul Terrell, Wozniak also developed a cassette interface for downloading and saving programs at a fast speed of 1200 bps. Although the computer was fairly simple, it was nonetheless a masterpiece of design, using far fewer parts than any other computer in its class, and thanks to it Wozniak quickly earned a reputation as a master constructor.

Emboldened by the success of the Apple I, Jobs began looking for investments to further expand the business, but the banks were reluctant to lend him money; the idea of ​​a computer for ordinary people seemed absurd at the time. In August 1976, Jobs approached his former Atari boss, Nolan Bushnell, who recommended that he meet with Don Valentine, founder of Sequoia Capital. Valentine was not interested in funding Apple, but in turn introduced Jobs to Mike Markkula, a millionaire who worked under him at Fairchild Semiconductor. Markkula, unlike Valentin, saw great potential in the two Steves and decided to become a business angel of their company. He invested $92,000 in Apple from his savings, receiving $250,000 in the process.

You can get more history about Steve and Apple by browsing our website Pirates of Silicon Valley movie.